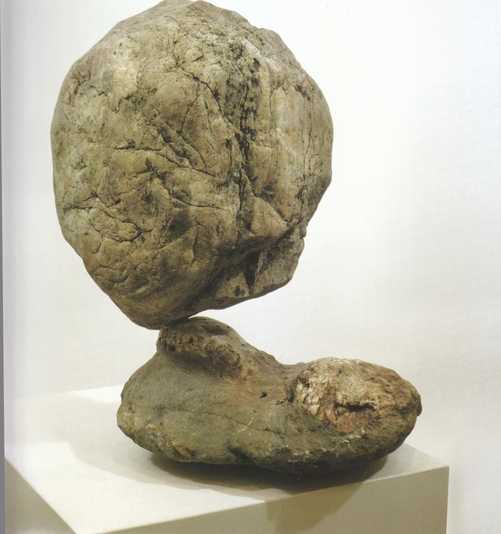 George Quasha’s “preverbs” do what Frank O’Hara said about Abstract Expressionist paintings: they leave “the event of [their] passage.”[i] In a continuum of lines, or line clusters, they move down the page like bright fractals. Here is a sample of a complete poem from Glossodelia Attract, Quasha’s ninth book of preverbs in a span of seventeen years.

]I wave my hand as I’m saying waving and the hand is drawing this picture, it’s real.
Setting the sun free in the brain lets a thinking shine in surround mind.
This is not a technique but a high-velocity turn with an urge to tell.

Thinking continuous surface is thinking itself.
I fell off an unknown side in a present tense situation and landed here moving mind.
I reached the other side and realized it’s this side.

Listen, there’s a clinking in surround.

A thing is said on its own plane wherever it gets its information.
Desire recurrently urges us back, fearing loss, wanting what’s missed, loudly.

A wild dance of syntax barely shows on the other side of willing reversals.
I feel myself going forward but the direction appears arbitrary.
Yet we always know when something is before us in surround world.

Anyone refusing to make sense until sense makes itself is in self-avant-garde mode.
The sociology is that no one dares admit a free-standing truth.

In the dark of public light what cannot not be true hides from sight.
(GA 46)

If you write a line that is an enactment of its own becoming, you’re probably a poet. If you write the same line in a hundred new, inventive ways, you’re an evangelist. From the beginning pages of the book it’s apparent that a singular program is underway. Some of the writing in these preverbs can have an intimate, stand-alone pulse, almost like a Creeley poem, yet instead of being broken into measures of breath, each pushes off in a
single, horizontal trajectory. A different ordering and attitude is at work.

The structure of the book itself reflects this. The text of each poem fills a page, but, like an imposed stop, the end of the page ends the poem. Each poem is numbered and titled. The book is 150 pages long and divided into seven sections. But these divisions, or decisions, seem little more than an arbitrary parsing out of abundance. The lines are forthcoming, one senses, almost at will. This is perhaps the most astonishing aspect of
Quasha’s preverbs. Each poem, rather than evolving from a discrete source of its own, seems to riff forward from the starting point of a title. It’s like a Niagara of hieratic energy.

These are poems that turn their own originality inside out. They write on the veil they lift and dance a step or two beyond our reach.

Quasha is first a poet, but also makes drawings, paintings, and sculpture, all of which are connected by what he calls “axial composition.” In his paintings, which grew out of graphite drawings (which grew out of the poems), he loads two brushes, each with multiple pigments of closely related earth tones and, using both hands at the same time, paints a single, spontaneous intertwining swath that runs down the central axis of the
page. One can imagine the gesture as something like the hands of a magus in midair.

At first glance, the result seems too elegant, too effortless, and too slight. Also the marks themselves resemble tropes of flourish and arabesque, which give the image a decorative feel. Yet these shortcomings are in part offset by the concept of the work, which stresses the importance of the axial. The paint, moving in formal variations around a single axis, answers to a system other than establishment aesthetics. In this sense, the
pictures are a kind of Outsider Art, not as a consequence of primitive skills, but by acting on precepts that have their roots in other disciplines.

In Axial Stones, an impressively put together book illustrated with color plates, Quasha’s sculpture approaches exactly a mainstream threshold. Basically, these are found stones, picked up by Quasha and his wife Susan along the banks of the Hudson, or in other nearby areas. Two, and sometimes three stones are stacked one on top of another until a precarious but perfect balance is found -- a “still point,” as Quasha says. This still
point becomes the reveal of an invisible axis around which, like the “zip” in a Barnett Newman painting, the piece coheres. Metaphors of mating, destiny, and so forth come to mind. Quasha has exhibited the sculptures in galleries. No connective rods or adhesives are used. Gravity is the sole force that holds a work together. Its form is the condition of its grace; its grace the condition of its form.

Quasha came of age as a poet in the sixties and seventies, with the Pound-Williams-Eliot-Stevens inheritance, Black Mountain College, The New York School, Eastern Thought, and John Cage in the air. It was a time, in the decade following Charles Olson’s landmark essay Projective Verse, of defining statements and cosmologies of poetry. Much of Quasha’s text in Axial Stones concerns itself with the concept of the
axial. It is deeply founded and illuminating, but also at times unremitting in its attenuation. He writes:

And I understand this provisional state to be the open domain of a non-definitive saying that performs
what it addresses -- the performative indicative.

We know more or less what this means, but it has the feel of staying too long at the fair. You want to ask yourself: is ground lost, or gained, by converting process into the synthesis of a transcendent principle? Louis Zukofsky, in the beginning of “A-12,” offers one answer:

From my body to other bodies
Angels and bastards interchangeably
Who had better sing and tell stories
Before all will be abstracted.

Yet Zukofsky’s counsel comes -- albeit as lines of poetry -- in a passage that elucidates his own poetics.

Quasha’s text gets more interesting when he talks about his actual work with stones. It takes on the aura of an adventure story, a mixture of Tolkien, totemism, and Tom Sawyer that would lose much of its sweep in paraphrase or excerpts. In the same way that the transcendent requires our witness as its primary element, Quasha treats his experience as the essential event, to which the stones serve as gnomic testimony.

How something is made can -- and perhaps should -- always be sui generis. But the thing made has to take its chances in the great world beside other things. Quasha’s text is an extensive delineation of his process. “Beauty = optimal x precarious” is a repeated mantra. Mystical thought, supported by Quasha’s knowledge of Buddhism and his association with Eastern teachers, plays an important role in his focus. Stones are at times
sentient, with their own volition. What they “want” and “don’t want” is respectfully considered. This is, of course, simply a quaint way of speaking, but on another level it is the armature for metaphors that deepen the experience of both process and self-seeking.

What we know about Quasha’s sculptures changes everything about them except their appearance. If they were stuck together with superglue in the exact same arrangements, we wouldn’t find them as compelling as we do. As a matter of fact, they would have the “artful” look of an exercise. They hold our attention by being performers in a Cirque de Conceptuel. We marvel at their precarious balance and assign to it, by conflating one with the other, the authority of an aesthetic value. Quasha’s immersion in process and the persuasion of his lucid, agile prose acts almost like a magician’s misdirection, keeping the viewer’s focus on the trick. At the same time he anticipates points of potential dissent and finesses or deflects them away. One good example, toward the end of the book, is uttered almost as an exit line, with the door swinging shut: “The work as event realizes a certain state, as if suddenly showing through.” This is a nod from the trenches of process at completion — that “certain state,” in which process becomes irrelevant, art becomes art, and stands alone, beyond all contingency.